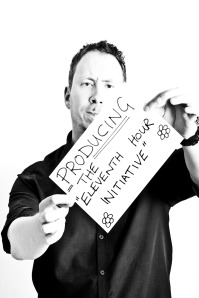 It’s late again.  And very hot.  It has been like a tropical heat here.  Like stepping off the plane in Cyprus or something. That sheer wall of heat!  It’s late.  I’m sitting here in my studio.  Sweating.  And so I begin to type… we could be here for some time!  Ha ha!

I think I’ve been ‘producing’ music now for about 20 years.   I mean ‘producing’ in the loosest sense.  I, like many other musicians, started out with tape.  First ‘tape to tape’ recordings on a double cassette player.  There are some of you out there who will have absolutely no idea what I’m talking about.  And I’m not about to explain myself.  Let’s just say it was an extremely rudimentary form of getting more than one ‘layer’ of sound recorded in some form.

Then came the ‘4 -track’ recorder.  I had a battered old Tascam.  In fact I’m pretty sure I still have it somewhere. This was a machine that let you record 4 tracks (no shit Sherlock!) on a normal cassette tape.  It did it if I remember rightly, by using both sides of the tape at the same time.  This meant that if you played the cassette in a ‘normal’ player, 2 of the tracks would play backwards.  This in itself, if manipulated correctly, could give magical results for certain songs.  I trace my constant experimentalism back to those archaic days!  And the technique, used by mistake, never did Led Zeppelin any harm!

In those “good ol’ days” the art of bedroom production was a tight-rope.  You see you could never REALLY produce anything more than a demo of a song.  It was always full of hiss, and the 4-track system meant that recording something like a full drum kit varied from “problematic” to “impossible”.  Yet those ‘demo’ efforts held their own in some ways.  You had your demo, and that demo then had to be ‘lived up to’.  The next step for every musician at the time was the journey into “the studio”.   And more often than not, after you’d spent all your hard earned pennies, you’d listen to the final product and say “Hmmm… Not as good as the demo is it?!?”.  Ha ha!

Anyway… The Studio.  That ever so magical place.  The theatre of dreams!  Or bloody nightmares!  Ha ha!  I remember recording one of my first studio sessions.  We were recording a song that was supposed to be pretty heavy.  Heavy and foreboding.  It had been a live favourite.  So we ventured into the studio to record this killer rock song.  But… I decided on the day, (or was persuaded… I honestly can’t remember now!) that I had to sing this song with a real ‘gruff rock vocal’.  Now… anyone who has heard me sing know’s that I’m not exactly a Death Metal singer!  Ha ha!  I’m more your Damon Albarn than your Max Cavalera.. but anyway, sing it gruff I did!  With devastating results!  I remember the band playing the finished recording to a fan at the time.  His face dropped.  He just looked so disappointed… “What have you done to it?”  he asked.  “You’ve just ruined your best song!!!”.  Ha ha!  We were gutted!  And it was all my fault!  (well… and the drums were shit, the guitar solo was shocking and everything else generally stank the place up!).  But my point is… back then you had to be completely honed.  Every member of the band HAD to know his shit inside out to save the day.  For these were the times of recordings costing you “by the hour”.  A concept lost today.  For today is an era in which I can tinker to my heart’s content.  Back then a recording studio could kick you in the teeth if you weren’t ready for it.

So, I learned from those initial mistakes.  For a start I left the band! 😉  Found a better drummer.  Learnt everything totally prior to recording.  And I was a perfectionist.  I spent hours on every single part.  And remember, by this time I was playing all the instruments bar the drums.  I would write everything down religiously. I would attend the studio completely prepared.  Now, I’m not saying that I got things done in one take.  I have never been a one take kinda guy!  Understatement!!!  But I was certainly prepared.  And the final recordings, I think, still show that preparation.  The album I’m talking about ended up being the only ‘album’ by my band/solo project Alexi in Winter.  It was recorded at a time when I was very into acoustic music.  And indie rock.  And rock.  I was diving deeper into orchestral accompaniment and epic, cinematic sounds.  I was taking my first steps towards making music an ‘experience’.  And I learned the production techniques every step of the way.  The Alexi in Winter album was the last time anyone else produced my music.  Since then it has been me all the way.  I stand and I fall by what I do.  I can blame no-one else.  Success or failure is all down to me.  The burden rests on my shoulders!  Ha ha!

I’m probably wildly digressing here… but that was the caveat of my opening sentence pretty much.  It’s late and it’s hot!

So I have a solid ten years of ‘professional-standard’ solo production under my belt now.  I have produced a whole solo album.  I have tried to remain on the cutting edge of music production.  The idea of staying on the cutting edge is a minefield in itself.  As I see it there are two ways to go.  You can listen to every new cutting edge band and try to stay one step ahead… or you can listen to nothing and steer your own course.  It’s probably not going to surprise you to learn that I steer my own course.  During the Brit-pop era I was the guy who had every new single by every new band.  I was the guy walking around wearing the “I listen to bands that don’t even exist yet” t-shirt.  I WAS THAT GUY!  So I can say the following knowing that I have been there and done it:  I try to avoid current trends.  I avoid bandwagons.  I want to do my own thing.  I want to try my own sounds, my own ideas.  I don’t want to be influenced by the sound of the drums on the new ‘Siberian Apes’ record.  Do you understand what I mean?  It’s not that I think I’m too cool for school!  It’s that I feel jaded by the passing bandwagons.  Their cart wheels roll over my toes and break my spirit.

Anyway… ha ha!  So, hmmm.  Where was I?  I built my own recording studio.  This was an important step and has been the most creatively liberating thing I have probably ever done!  I then got together with Bill last year and we decided to record an album.  We worked first on a song called Where We Go Next.  Now… I’m not here to talk about the content of the songs too much at the moment.  I’m more interested in describing the sound I was trying to achieve.  For you see, very early on I had to settle on a ‘sound’.  I was producing music for the very first time that I had not provided the lead vocal for.  I have pretty much sorted out what MY vocal sound is.  I’ve had years to work on it.  But all of a sudden I had to work out what to do with Bill’s singing.  He has a style all of his own.  Nothing like my vocal nuances.  He has his own recording techniques and his particular way of singing.  It could have been a problem.  But I hit upon an idea.  I would use my “basking in music’s past” and avoiding “music’s present” to produce a sound reminiscent of the ’60s, but still firmly rooted in today.  For me, this concept is perfection.  I hold aloft Pet Sounds, Beggars Banquet and Sgt Pepper as the pinnacle of great albums.  My my, how cool would it be if I could bring that spirit into 2011?  I remember writing to Bill and telling him that I’d decided I was going to give his vocals a kind of ‘Head‘-era Monkees treatment.  Now, that could have frightened the poor sod off!!!  But luckily he let me roll with it.  So I went down the avenue of a dreamy, trebley, floaty vocal for the entire album.  It is the constant.   The music may veer wildly from pop rock to epic prog rock… but that vocal sound keys it all together.  A strong glue!

Cool… I had the foundation of the ‘sound’ of the Eleventh Hour Initiative.  This enabled me to write a collection of songs that I maintain are the most coherent and focussed of my career.  I’m not going to talk about specific production techniques… coz they is a sekrit!!! (because they are a secret). But I thought it would be interesting to mention how the majority of the album was formed.  I wrote most of the songs on the bass guitar. Now… to any non-musicians out there this may mean jack shit to you.  But any musos will be nodding their heads that this is indeed a little out of the ordinary.  I don’t have any particular explanation.  It’s just the way I did it.  And it’s another factor that I feel completely influences the musicality of the album.  For this is a bass and drum album.  Everything else is secondary.  This album is all about the sound of the drums… and the interplay with the bass.  This album is something a little different.  You don’t even have to like it (although I have my fingers crossed that you will!), – but I believe you will get a lot out of simply listening to it.  Bass, drums and Bill’s exciting vocals towering above the skyline.

Bill has spoken about the lyrical themes of Escapism.  Well… in many ways the music echoes the themes.  Songs such as the Calm and the Storm and Life Will Be the Death of Me embody escapism within their musical structure.  Escapism has been an album where I have finally realised I don’t have to follow any rules.  Rules can be good.  Rules can be bad.  But Escapism, at its best, unshackles itself from the straight-jacket of convention.  Escapism is the continuation of the music I began with Alexi in Winter all those years ago.  But I have raised the bar.  A lot!  I am waffling now.  It is a hundred degrees in here!!!  And late.  Bedtime I think.  Apologies for the rant.  I’m not even finished.  But for now… I bid you farewell!  Emrys.

This entry was posted on June 5, 2011 by Confession of the Whole School. It was filed under escapism, song discussion and was tagged with alexi in winter, bill ryan, calm and the storm, emrys hughes, Escapism, life will be the death of me, the eleventh hour initiative.