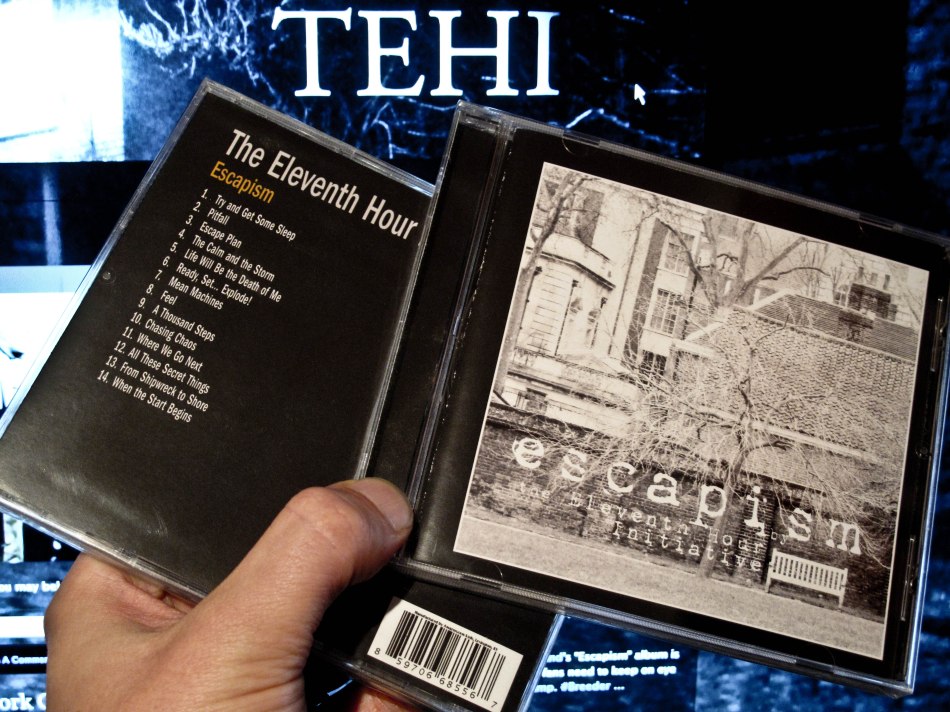 From Shipwreck to Shore

Can a song ever be too pirate-y?

Escapism is available on CD!

Eye of the Tiger

I would so love to be one of those people who can truly ‘do’ an accent.  You know?  Really pull it off.  Unfortunately I struggle.  I’m reasonably confident with my own accent… but my inability to get into the mindset of someone from a different locale really hinders my impression work.  I bang on about this a lot… but I suggest you watch a BBC series called ‘The Trip’ if you haven’t already.  In any case… I have now called upon my partner in Eleventh Hour crime, Mr Bill Ryan, to give me some lessons.  Here are the early results:

Bill has serious talent when it comes to making beauty come to life in your head.  He has an innate ability to place vivid imagery directly into your subconscious mind – a master of words and emotions… expressions leading to pictures that will stay with you forever.  … and Emrys can scratch good tree.

8000 miles and a bottle of the finest Jack Daniels later… mission accomplished.  The Eleventh Hour Initiative is more than just an internet sensation.  Argo City has been reunited with the Omegahedron.

Listen to ‘From Shipwreck to Shore’ on NME.com 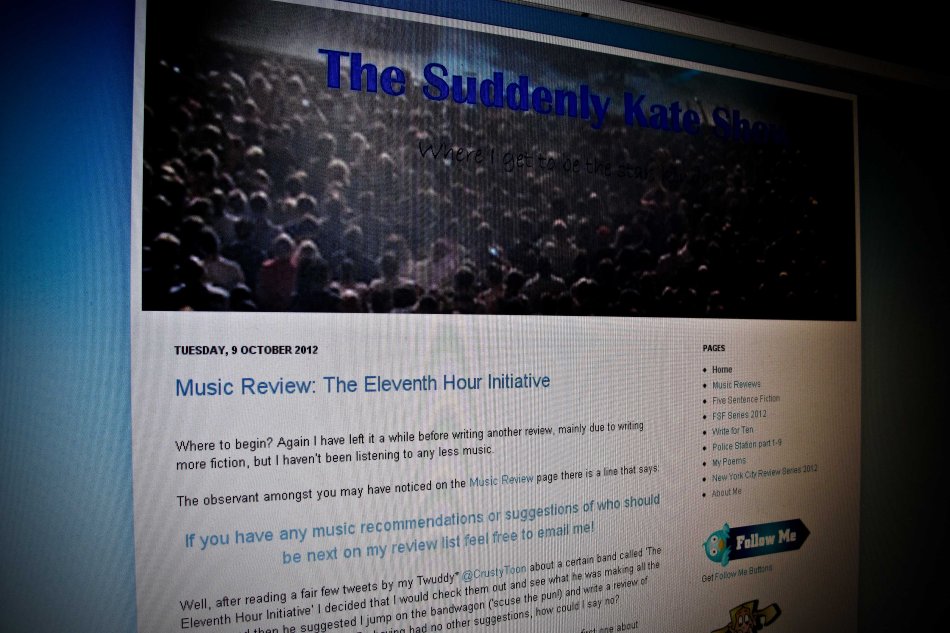 A review of our debut album, Escapism, on “The Suddenly Kate Show“.  We particularly like the love dished out to the opening and closing tracks of the album.  Often neglected, we’ve always had a soft spot for Try and Get Some Sleep and When the Start Begins.

How hard could it be?

We recently had a great time being interviewed by Mr Ronnie Rucker for Hawaiian TV!!!