Eye of the Tiger

I would so love to be one of those people who can truly ‘do’ an accent.  You know?  Really pull it off.  Unfortunately I struggle.  I’m reasonably confident with my own accent… but my inability to get into the mindset of someone from a different locale really hinders my impression work.  I bang on about this a lot… but I suggest you watch a BBC series called ‘The Trip’ if you haven’t already.  In any case… I have now called upon my partner in Eleventh Hour crime, Mr Bill Ryan, to give me some lessons.  Here are the early results:

The Future of Rock n’ Roll

So… in the relatively short history of the Eleventh Hour Initiative it has been a pretty eventful month.  Most importantly, Bill and I have finally met.  For so long the hook of “The Band that Have Never Met”tm hung around our collective neck – not quite like an albatross, but certainly the most ‘quotable’ fact.  That this ‘promotional gem’ no longer exists is a blessing.  As a band we are, and have always been, much more than “The Band that Have Never Met”tm!

Now we can get on with business.  We have to prove that we were not only the best band to have never met… but also that we are one of the best bands in the world full stop. (or period).  Not that we would ever ‘claim’ to be the best band in the world!  Ha ha!  We’ll leave that to the Liam Gallaghers, the chancers and the star-gazers.  As the Eleventh Hour Initiative it is for Bill and I to convince the world at large that we have a reason for being.  A unique selling point – or any other advertising jargon you can muster.  With Escapism I think we have already proved that we can release a decent (fantastic) album.  In fact it’s an album that champions the cause of “The Album”.  The dying album.  /wipes tears from face.

Bill and I have a plan.  The end result will be a project that will cause a stir.  The smoke and mirrors of the Trans-Atlantic partnership are gone.  We continue to make music across two continents – which is still a big deal – but we no longer have to stand in the obelisk’s shadow.  We will endeavour to produce the best music that we can and we are more excited than ever before with what we are achieving.  We look forward to larger scale releases and greater demand from the record buying public!  Ha ha!  Seriously… we are creating sounds that will prick your ears and make you re-evaluate your lives.  I look forward to polishing the trophies. 😉

8000 miles and a bottle of the finest Jack Daniels later… mission accomplished.  The Eleventh Hour Initiative is more than just an internet sensation.  Argo City has been reunited with the Omegahedron.

A review of our debut album, Escapism, on “The Suddenly Kate Show“.  We particularly like the love dished out to the opening and closing tracks of the album.  Often neglected, we’ve always had a soft spot for Try and Get Some Sleep and When the Start Begins.

I set myself the task of writing and recording a promotional video in ten minutes.  I pretty much did it… maybe a couple of minutes into extra time!  The moral of the story is still the same.  Although TEHI is moving on to the recording of what will be a gargantuan second album… the first, ‘Escapism‘ still needs to be heard by the masses.  You can play a small part in the history of this band by downloading it and, hopefully, enjoying it! 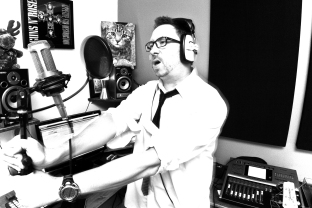 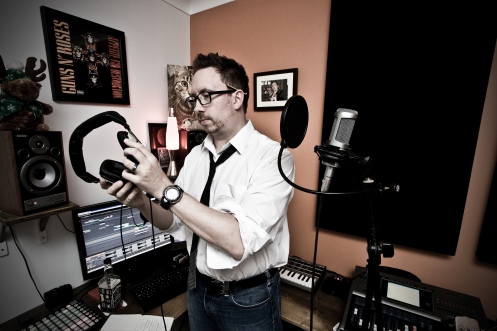 Having a blast working on some new material.  However, that doesn’t mean you should forget about our debut album – “Escapism“.  If you still hold the concept of the ‘album’ dear to your heart then you’ve got to download “Escapism“.  It is our love letter to the age of buying a CD on release day.  Getting it home and listening to a whole raft of new songs by your favourite band.  Not just a single song… skip track… move on.  “Escapism” is a 14 song adventure.  “Escapism” is, in a way, the story of our lives.  Bill and I proudly present “Escapism“… still available for only $5 here: http://theeleventhhourinitiative.bandcamp.com/album/escapism … alternatively, if you’d rather use Amazon or iTunes then go ahead… we’re available there too!

We recently had a great time being interviewed by Mr Ronnie Rucker for Hawaiian TV!!!

Reminiscing will be the death of me

I’ve been revamping the site… a little lick of paint here and there.  Changed a few things around.  To buy our album, Escapism, just click the menu at the top of the screen.

I clicked on it myself… and I found myself listening to the whole album.  Kind of lost myself.  My conclusion is that it is an outstanding piece of work.  I know I “would say that wouldn’t I?”… but it is honestly an impressive collection of songs.  In fact it is probably the best, most concise thing I have ever done.

I want to take this opportunity to remind you of the album.  It has been a long while since its release… but we have not yet finished with it.  There is still promotion to be done.  We do not have the machine behind us!

In the meantime, listen to Life Will Be the Death of Me.  It blew my socks off!!!